Here are some regional attractions that make Victory a great place to live. 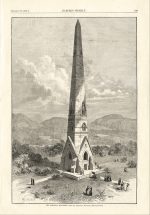 “The battles… of Saratoga and surrender of Lt. General John Burgoyne, on the 17th of October, 1777 formed a niche in the temple of Liberty, which patriotism will one day fill with an appropriate monument.” —Saratoga Monument Association meeting, 1856.

Inspired by these patriotic words, a group of local residents organized the Saratoga Monument Association in 1856.  Halted by the cataclysm of the Civil War, the group was re-energized in 1872, intent on commemorating the centennial of Burgoyne’s surrender in October 1877. They laid the cornerstone on the 100th anniversary of the American victory.  Learn more. 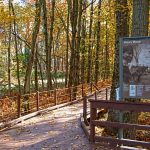 Here, in Victory Woods is where the largest part of that army made its last stand. For one week British and loyalist American men, women, and children suffered helplessly in the filth of cold mud, excrement, and dead animals. They had little to eat and no hope of getting home. 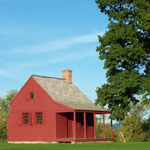 Here in the autumn of 1777, American forces met, defeated and forced a major British army to surrender.  This crucial American victory in the Battle of Saratoga renewed patriots’ hopes for independence, secured essential foreign recognition and support, and forever changed the face of the world.  Tap to go to the SNHP site. 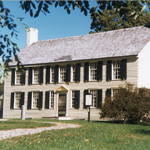 Following the surrender of British forces in Saratoga on October 17, 1777 and departure of tens of thousands of troops from the area, Philip immediately began to plan the rebuilding of his Saratoga house and farm out of its charred remains. Since December’s winter was approaching fast, his new “cheaply and speedily erected” house was completed within the weeks of November.  Learn more.

The Saratoga Siege Trail is a flat, half-mile walking trail, which follows along the south side of Fish Creek, and connects Route 4 and Evans Street.

In addition to being a pleasant woods walk, the trail also possesses great historical significance. In fact, the area surrounding the Saratoga Siege Trail marks the location of a strategic American victory against the British Army during the Revolutionary War.

Siege of the Saratoga Battlefield Project

Welcome to the Siege of Saratoga Battlefield Project.  We are a battlefield research team from the Public Archaeologogy Facility (PAF), a research center at Binghamtom University (SUNY). https://www.binghamton.edu/programs/pubic-archaeology-facility/.  This project is sponsored by Hudson Crossing Park, funded by a grant from the National Park Service’s American Battlefield Protection Program,  This project encompasses the Siege of Saratoga Battlefield within the town limits of Easton, Northumberland, and Saratoga, New York.

Tap to go to the trail site.

Between Gates Avenue and Herkimer Street along Pine Street is a quiet place to take time to reflect on what our lives and our history mean.

The Schuyler Saw Mill was located on the creek near the intersection of Bridge Street and Evans Street. The dam was near where the bridge is now and stood until about 1848.  For further information on a new project in the works, please see the attachment from the Town of Saratoga Historian’s Office titled  Upper Schuyler Saw Mill

Also included for your information are two documents regarding the Peter Kalm tour, an early history of the Schuyler Estate.  The first document is Introduction – Approaching Albany and the second is Saratoga

Tap the c1927 image to see a larger version. 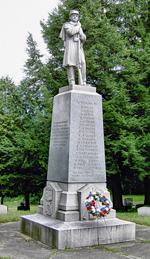 During the Civil War, our town greatly distinguished herself by raising an entire company of men, which became known as Company K of the 77th. Regiment. The first ten men received a bounty of ten dollars apiece. The company chose for its captain, John R. Rockwell, then editor of the Saratoga American (the local paper). First lieutenant, William H. Fursman; second lieutenant, Cyrus F. Rich. This company by no means represented all that went from this township; for no less than 340 marched from this historic town to the defense of the Union. Three-fourths of them, however, were members of the 77th, and shared in the glory of her achievements. Brandow, John Henry. The story of old Saratoga and history of Schuylerville.  Tap image to see list 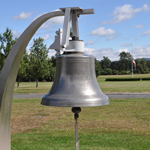 The ship’s bell from the USS Saratoga, CV-3, was installed as a memorial at the cemetery in 1999. The USS Saratoga was launched in 1925 and spent 20 years at sea, including action during World War II. It was taken out of service and destroyed in 1946. New York Congressman Dean P. Taylor requested the bell in 1946. It was first displayed at Saratoga Spring’s Veterans of Foreign Wars (VFW) Memorial Home, dedicated on Veteran’s Day in 1949. The bell was later restored and permanently mounted at the Gerald B.H. Solomon Saratoga National Cemetery.  Tap to go to the site.

The Friends of Saratoga Battlefield enthusiastically support Historic Hudson-Hoosic Partnership and Saratoga National Historical Park in developing a memorial park on the grounds known as “The Turning Point of America’s Revolutionary War.”

Over the next few years the Friends of Saratoga Battlefield will be raising grant money and accepting donations to make the Cultural Landscape Plan become a reality. A bronze sculpture of the Sword Surrender painting, will be the centerpiece of the memorial wall.  Further funding is needed for the memorial wall, pathways, trails, interpretive signs, cannon, worm fencing, picnic tables, landscaping, and more. Tap to learn more about this site. 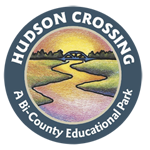 Picnic, a Paddle, a Ride Down the Slide. Hudson Crossing Park is a little park with a big presence.  With dedication of a hundred volunteers (or more!), it has risen artfully from the neglected state lands that nestle as an island between the Hudson River and the Champlain Canal at Lock 5, just north of the village of Schuylerville.

Turn off Rt. 4/32 North to see an operating lock up close becomes a delightfully unique peek at a relatively undiscovered play space for all ages, including canine family members.  Round the bend and continue forward to see the majestic upswing of the distinctive picnic pavilion. With a parking lot nearby, you have arrived at the perfect place to dine al fresco while the children scamper over the natural Play Garden slides, a slate labyrinth, under hill tunnels, and hillside lookouts.  Tap to go to the park site